I really feel like Ted turned a corner today. The nurses managed to have him weaned off oxygen by lunchtime. He now has oxygen saturations of about 90 – 94% in room air. Excellent result.

Unfortunately he did have to have an invasive blood test which distressed him a lot but the good news is that the doctors were pleased with the result.

After three failed attempts to mobilise Ted we were stunned when he suddenly stood up off the little craft chair and took a step. There was no stopping Ted as he walked with the remote control car whizzing alongside. Chest drains and all! 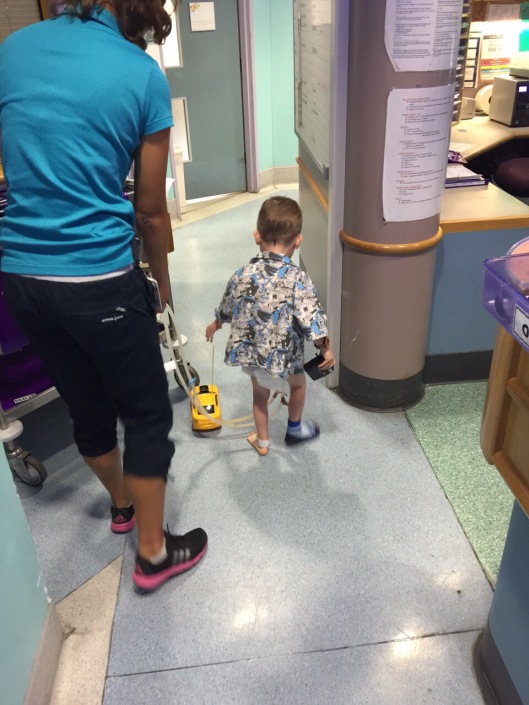 After lunch Ted had some sedation for a very painful removal of his left pleural drain. While it was distressing for us to watch him, he has no memory of it. Phew!

Later he did some more physiotherapy to help re inflate his lungs. He actually likes blowing “milkshake bubbles”.

This evening Ted had a chest X-ray to make sure everything was ok after the drain removal. He really thought the skeleton sign was hilarious.

So far this was Ted’s best day.