Teddy is the nautical explorer of the day.

“Sometimes we are lucky enough to know that our lives have been changed, to discard the old, embrace the new, and run headlong down an immutable course. It happened to me … on that summer’s day, when my eyes were opened to the sea.”— Jacques Yves Cousteau

Rich and I were shocked yesterday when out over a coral reef off the coast of Racha Island, our little Ted took to snorkelling like any other fish takes to the sea. While Tabitha was frightened and fussy Teddy dived straight in and loved every minute.

It was quite choppy, he can’t really swim and we were out far from land but that did not bother Ted. Again his brave little spirit shone through and he had the time of his life, he loves the sea. Really the way Ted applied himself to snorkelling is not dissimilar to the way he is with everything in life. Such a brave little adventurer.
Here are some more photos from our little adventure to Racha Yai. 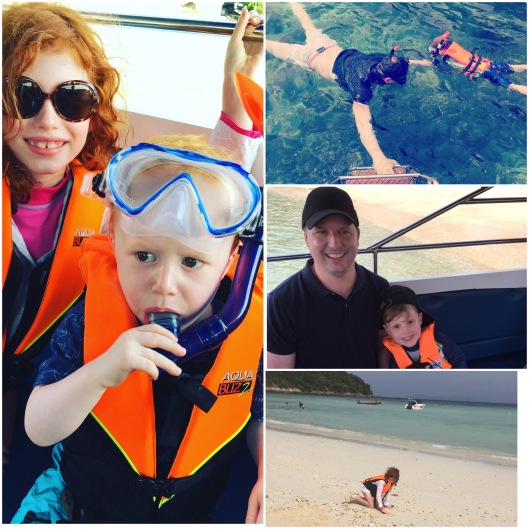