Ted and I left home before 8 o clock this morning and we got home late in the afternoon. It was a very long day for Ted but from start to finish he was the bravest of the brave. I never expected our day to run so smoothly.

As I mentioned yesterday, my relationship with the hospital is one of love and hate. I love our team of amazing specialists, the doctors and nurses who are our heroes at The Heart Centre for Children but I absolutely hate the bureaucracy of the public system.

While we are private patients in a public hospital this means nothing other than for billing purposes. We still get lumped in a shared room with 5 other kids and their families. Excellent for disease control, not to mention privacy… Everything is geared toward the lowest common denominator. Instead of hold music when you ring the hospital you get patronising recordings about keeping hot drinks away from young children and why shaking babies is not safe. Toys are often fixed so that they can’t be stolen. It is a bit of a freak show out there to be quite honest. I could go on forever but I won’t. Just yet.

Our day began with a dash to the hospital pharmacy where they charged me $78 for a small tube of numbing cream for Ted’s blood test. See that right there is really sad. Many children would have to put up with the pain when costs are that high.

Things looked up from that point on because our amazing play therapist met us at the Heart Centre lobby and Ted immediately perked up and enjoyed playing with the toys. She stayed with Ted the entire day, we couldn’t have done it without her. 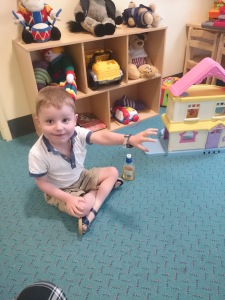 After appointments with his anaesthetist and the genetic researchers (we are participating in the whole-genome sequencing project as well as the Fontan Registry)  Ted had an ECG. 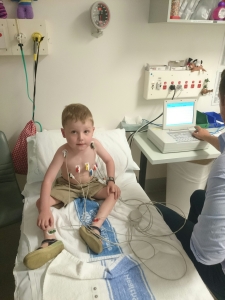 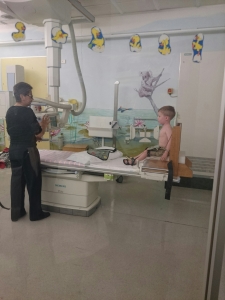 Then it was the moment we have been preparing Ted for… the blood test. He blew everyone away with his bravery. He didn’t flinch. He played Angry Birds on the iPad and Karen and I spoke to him the whole time. He was truly amazing. Normally we have to restrain him with the help of a few others. The preparation paid off.

After doing some Angry Bird craft in the waiting room we took Ted to the Starlight Room for a break. He loved playing with Captain Starlight and playing the drums like his Papa. 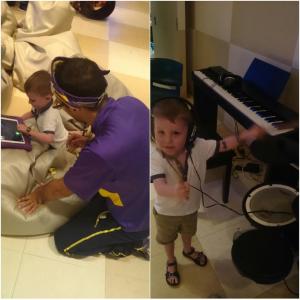 We met with some more doctors and Teddy was beautifully polite and compliant putting up with a lot of poking and prodding for one little boy on one big day. 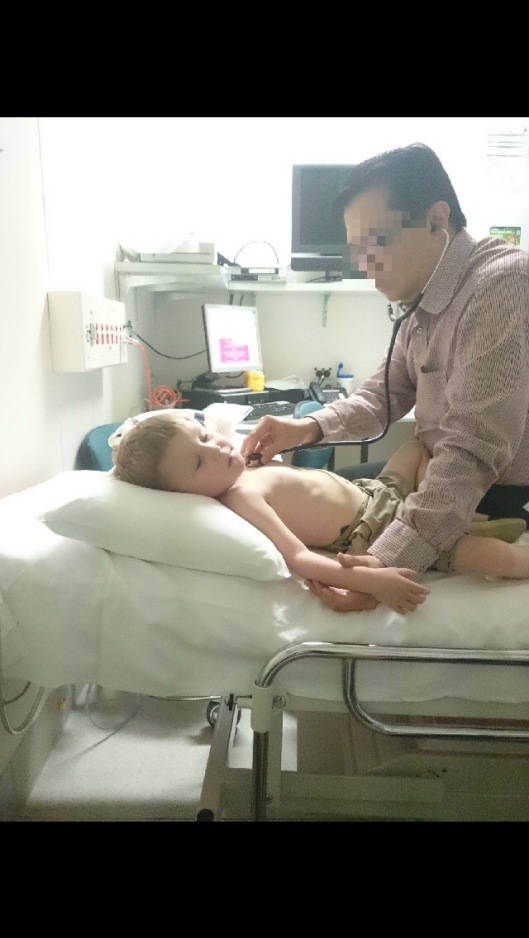 I promised Ted he could choose a small toy from the gift shop for being so brave and beautifully behaved. He chose the biggest toy they had. Of course. 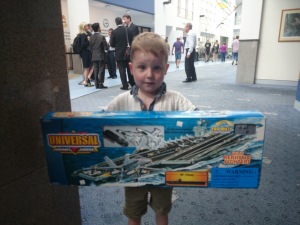 We have been given the all clear for surgery on Wednesday provided the cough remains as is and he doesn’t develop fevers or other signs of a cold. We have had to up the ante on the asthma meds as he was struggling a little today. We are praying the cough settles over the weekend as it does seem to be worsening a little today…

Unfortunately Ted’s big sister has a bad case of tonsillitis and his baby brother is the sickest I’ve ever seen him with croup. We have had a few emergency doctor trips with little Monte this week. I’m praying the poor fellow starts to improve this weekend. It breaks my heart to think of being apart from my other children next week especially when they are so unwell. Ted is staying with Grandma tonight, we are trying to quarantine the sibling germs.